The ICT University Space Program will result in the launch of  Cameroon’s first-ever satellite. This comes after the presentation of the design phase of the space mission. It took place at the ICT University campus in Messasi, Yaoundé, on Friday, November 25, 2022.

During the ceremony, the design of the satellite which would be in orbit was made public.

It will be used for civilian purposes such as in medicine, agriculture and other fields. This is the first space mission designed by a Cameroonian University as part of the standard process towards the launch of its civilian satellite. In this direction and under the umbrella of the ICTU Space Programme, a Nanosatellite Training and Certification series has been launched.

From the 21st to 25th of November 2022, ICT University students did not only contribute to the design of their university space mission but also obtained certification in Introduction to Space Mission Design; set up ICTU’s Tiny-GS ground station capable of receiving satellite data directly on campus and access professional satellite and mission design software used by major space industries.

With this, ICT-U positions itself as a major human capacity developer in the Cameroonian space sector and the African space industry in general.

In the nearest future, the ICT University anticipates a rapid rise in its contribution to machine learning, neural networks and, other data science methods applied to nanosatellite space missions.

This would be done through the ICT-U SPACE PROGRAM and would catapult ICT University to the cutting edge of global nanosatellite technology innovation. 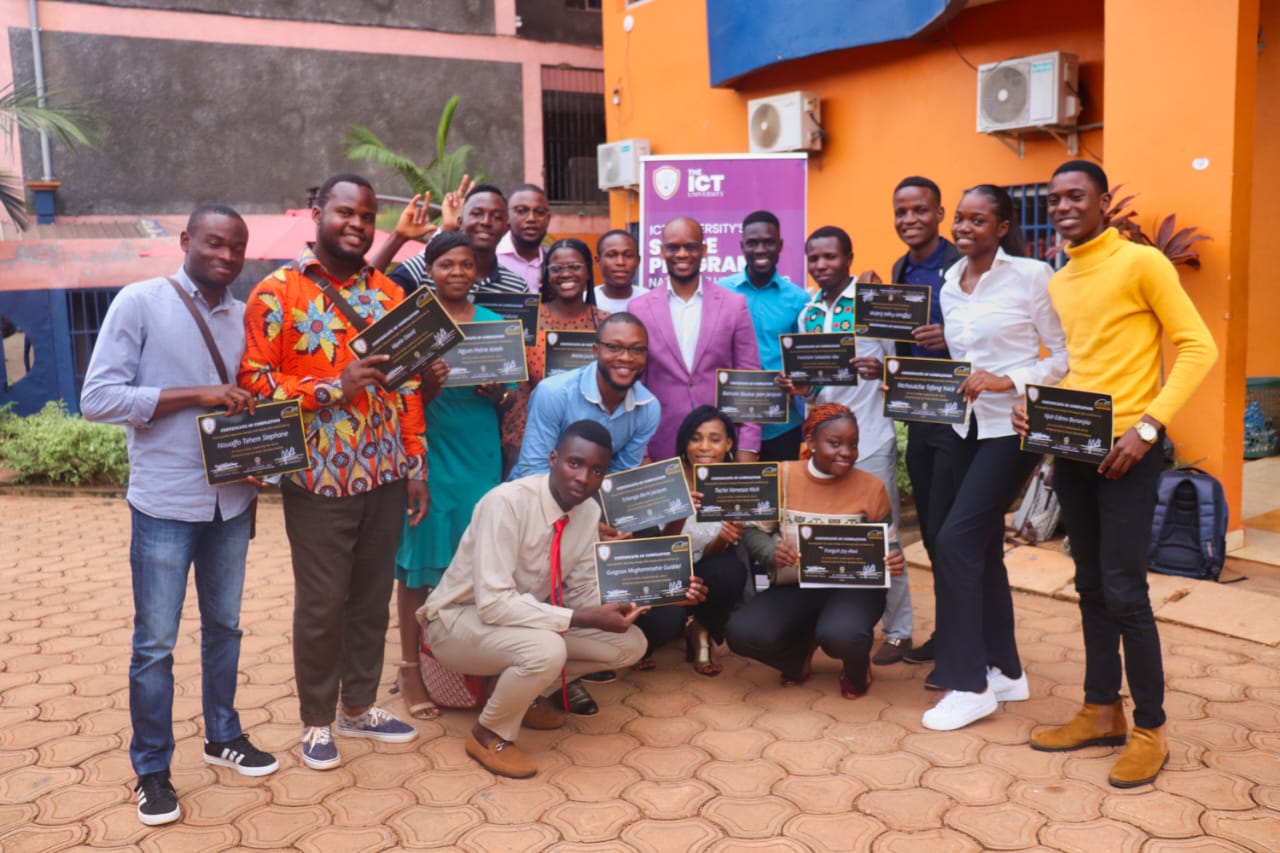 The ICT University took on this giant step due to the challenges faced by the African continent that requires bold action by those who understand them the most, Africans.

Space science and technology have been key in addressing civilian challenges across the globe and can also play a key role on the fast-developing African continent.

It Is, however, necessary to contextualize the use of space-based technologies to address these challenges which include affordable communication, precision large-scale agriculture, infrastructural development, health, disaster monitoring, and others.

According to officials of the ICT University, the satellite would be known as ICT-U SAT 1. Officials said the ambition is not only to have a single satellite but a constellation so that as time goes on, there would be SAT 2, SAT 3, SAT 4, and so forth.

The initial calendar for the launch of the satellite is for the second quarter of the year 2024; that is by mid-2024. Though there are chances to achieve this by the end of the year 2023, officials stated that they want to stay prudent and do it in May 2024.

A key expert on this discipline, Dr Ifriky, noted that “There is a creation of the ICT University space laboratory. This laboratory has two main objectives; the first is in the area of satellite technology, and the second is to use satellite technology to address some real challenges that Cameroon is facing. Some examples are optimizing agricultural yield across the entire country. Monitoring of key infrastructure for example; power distribution infrastructure.  That will allow us to be able to respond efficiently and fast in case of any trouble. We can also talk about natural disasters and health management.”

On the strides made towards attaining objective; he noted that, “We had some activities and some students obtained certifications in space mission design which is important in the space laboratory.

Expounding on the nitty-gritty in satellite construction, he said, “There are standard steps to launch a satellite and one of the first steps is design. Then you build, launch and operate. So we had the first design this week of the space mission and the satellite.

The satellite is going to be ICT-U SAT 1. The ambition is to have more satellites…”

Abducted NW House Of Chiefs President Surfaces In Rare Video, Pleads For Authorities To Swap Him For ‘No Pity’s Family

Reach Out Unveils Peace House To Cater For Survivors Of War, Gender-based Violence

Reach Out Unveils Peace House To Cater For...