A doctorate thesis defended by Nyinchiah Godwin Gham on October 7 at the University of Buea’s Department of History has prescribed two-state or 10-state federation as possible options to resolve the six-year crisis in the English-speaking Regions of Cameroon.

He argued that changing the form of the Cameroonian State will preserve national unity and integration, and ensure the Anglophone identity in Cameroon is protected.

Sitting before a jury chaired by History Professor, Julius Ngoh, Nyinchiah defended a thesis on the topic: “The Resilience of British Southern Cameroons/Anglophone Statist Identity, 1939-2017”.

The 20-minute presentation took the jury and observers deep into the crux of the research problem, which, the candidate said, stemmed from the ongoing upheavals in the Northwest and Southwest Regions and the quest for “identity” by English-speaking Cameroonians.

He explained identity as a sense of belonging to a defined community, which is evident in the manner of behaviour or relationship shared with members of that community. He, therefore, characterised identity as fluid, contested and constructed and it is not bounded or rigid.

From his review of archival material and interviews conducted with over 100 persons in the Northwest and Southwest Regions, he argued that Anglophone Cameroonians have suffered an identity crisis since their union with the Federal Republic of Nigeria and after they joined the Republic of Cameroon in 1961.

The strive to preserve the Anglophone identity, as well as the values and social institutions guiding it, the candidate furthered, is what has plunged the two Regions into an armed conflict, with the quest for secession.

“It is possible to change the form of the state to a federation. And that’s the only way to keep national unity and national integration… either we agree on pre-1961, two-state, or we go to a 10-state federation.”

They identified some cases of bias in the candidate’s methodology one of which was what they termed his disproportionate choice of interviewees for the study, with about 80 percent of them drawn from the Northwest Region. 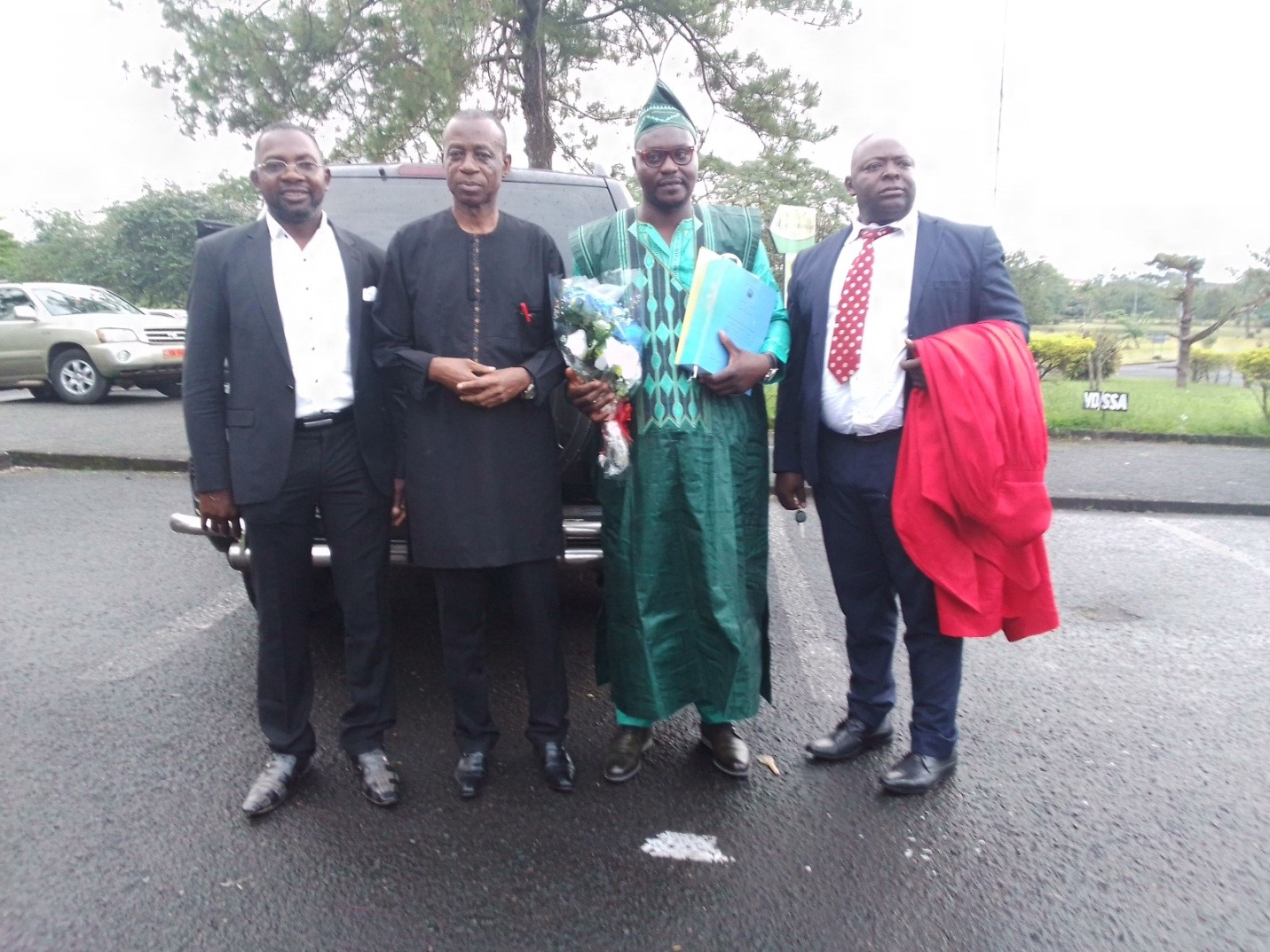 The candidate was also charged to balance his analysis so as not to be perceived as an activist rather than as an independent researcher that he is supposed to be.

Nyinchiah Godwin was also hailed for being innovative and original in his work and that the work charts a new path towards the writing of new historiography for Cameroon.

“The appraisal is one of satisfaction. The candidate has done his best as a student and has presented the topic as his sources presented them to him and he was able to analyse the fact,” said Associate Prof Roland Ndille.

Meanwhile, Chairperson Prof Julius Ngoh emphasised that the discourse was purely academic and not a political or social piece of work. He deemed it admissible, provided the candidate will revise the work and implements the corrections jury members prescribed.

“But we re-launched in 2017 and we were expecting that these people will defend in 2020 and onwards, unfortunately, it has taken quite a long time. But we are happy that it is going well and we are expecting many more in the days ahead,” he said.

Surviving Rape, Abandoned and Not Believed By Family – A Story Of A Survivor Charting Her New Path