Reach Out Cameroon has launched a campaign aimed at fighting and curbing the rising phenomenon of hate speech and xenophobia in Cameroon, and particularly in the Southwest region of the country.

The campaign was launched on Friday, October 7, 2022 at the Buea Mountain Hotel.

The campaign against hate speech, being implemented by Reach Out is sponsored by Cameroon’s National Commission for the Promotion of Bilingualism and Multiculturalism.

According to the Project Manager, NKengafack Eucharia, the project is meant to create awareness among the population on the disastrous consequences of hate speech and xenophobia. Through this, Reach Out will sensitise the people on social media, market squares and workplaces so as to kick out hate speech and curb xenophobia in communities.

Hate speech, according to Reach Out’s Executive Director, Esther Omam, is a cankerworm that is eating society and needs to be dealt with.

She said the effects are alarming in schools, churches, workplaces and communities as people use words that cause harm to others.

“If we are at war today and this war is on the rise, it is as a result of hate speeches and Xenophobia. I think with the Commission for the promotion of Bilingualism and Multiculturalism, we saw the need to launch this campaign so that we in our various respective homes and communities can curb the rise or the use of hate speeches against one another” she said. 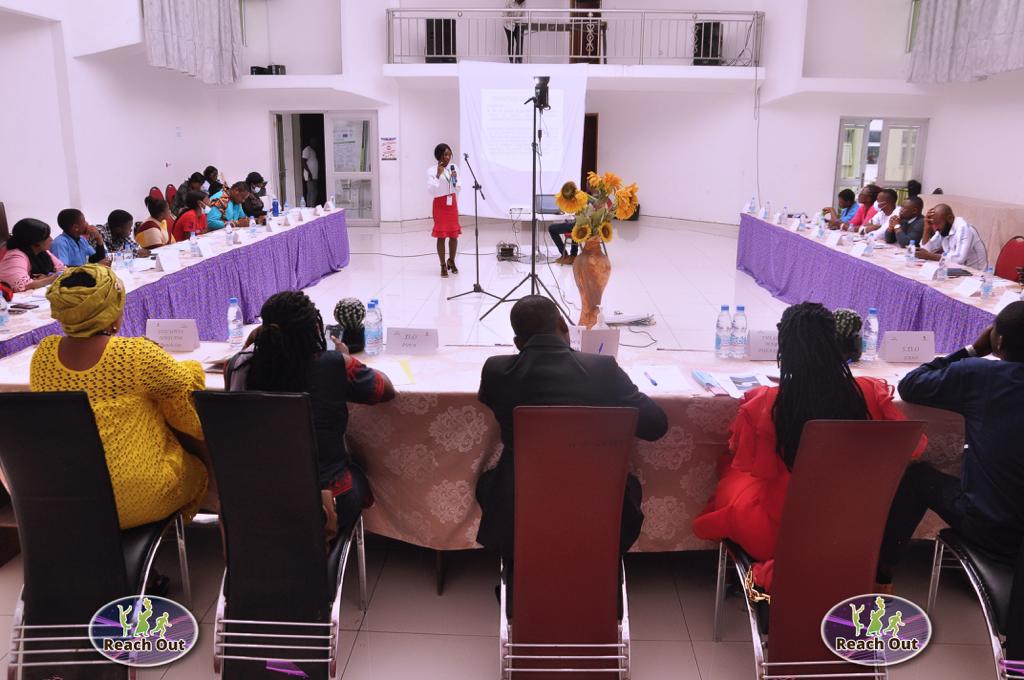 The event was attended by over 27 people drawn from different professions. Some included the representatives of the Southwest Governor, the Senior Divisional Officer for Fako, the Mayor of Buea Municipality, Regional Delegates, teachers, students and Civil Society Activists among others.

It was held under the theme: No To Hatespeech And Xenophobia.

Bryan Binebunwi, one of the participants is furious against people who hate others because of tribe, region, customs or tradition. The 24-year-old once visited Yaounde, the Capital of Cameroon and was called names like Ambazonian, “le Bamenda” among others. These words never meant anything to him, but for the people who used them, they were meant to denigrate and strike humanity out of him.

“In my secondary days, I felt insulted, humiliated and discriminated against by people who call me ‘ngraffi’ (a term used to refer to those who come from the grassfield regions of Cameroon)” he said.

The Journalism and Mass Communication Masters student at the University of Buea did not understand the meaning of those terminologies then, but now he does, and he is not pleased.

That is because he has studied and understood what hate speech and xenophobia are all about.

Binebunwi who is from Bambili in the Northwest Region shared his experience after participating in Reach Out Cameroon’s project launched to fight hate speech and xenophobia in the Southwest region.