The Chief of Bonjava village, in Buea Subdivision, HRM Chief Edward Luma Ikoke, in what has become a yearly affair, has offered school materials, comprising school bags, books, writing materials and other didactic items to pupils and students of Bonjava and neighbouring villages.

On Saturday, September 10, pupils and students of Bonjava village as well as some of their peers from neighbouring villages converged on Bonjava Palace to receive support from HRM Chief Edward Luma Ikoke. The Chief, alongside the donations, also organised a feast, which gave all an opportunity to commune together, dance, celebrate and make a resolve to build their village through education and empowerment of the next generation.

Speaking at the event, the Chairman of Bonjava Traditional Council, Prof. Bernard Ekosse Nganje, saluted the gesture from the Chief. He urged the Chief to keep on with the yearly initiative in order to empower youths within and around Bonjava village.

While urging recipients of the school materials to put them to good use, Prof Ekosse also beseeched parents and guardians to help the pupils and students to better preserve and use the donated items.

He promised that, with the support of the Bonjava Traditional Council, next year’s edition will be much improved as this year’s is, compared to that of last year. 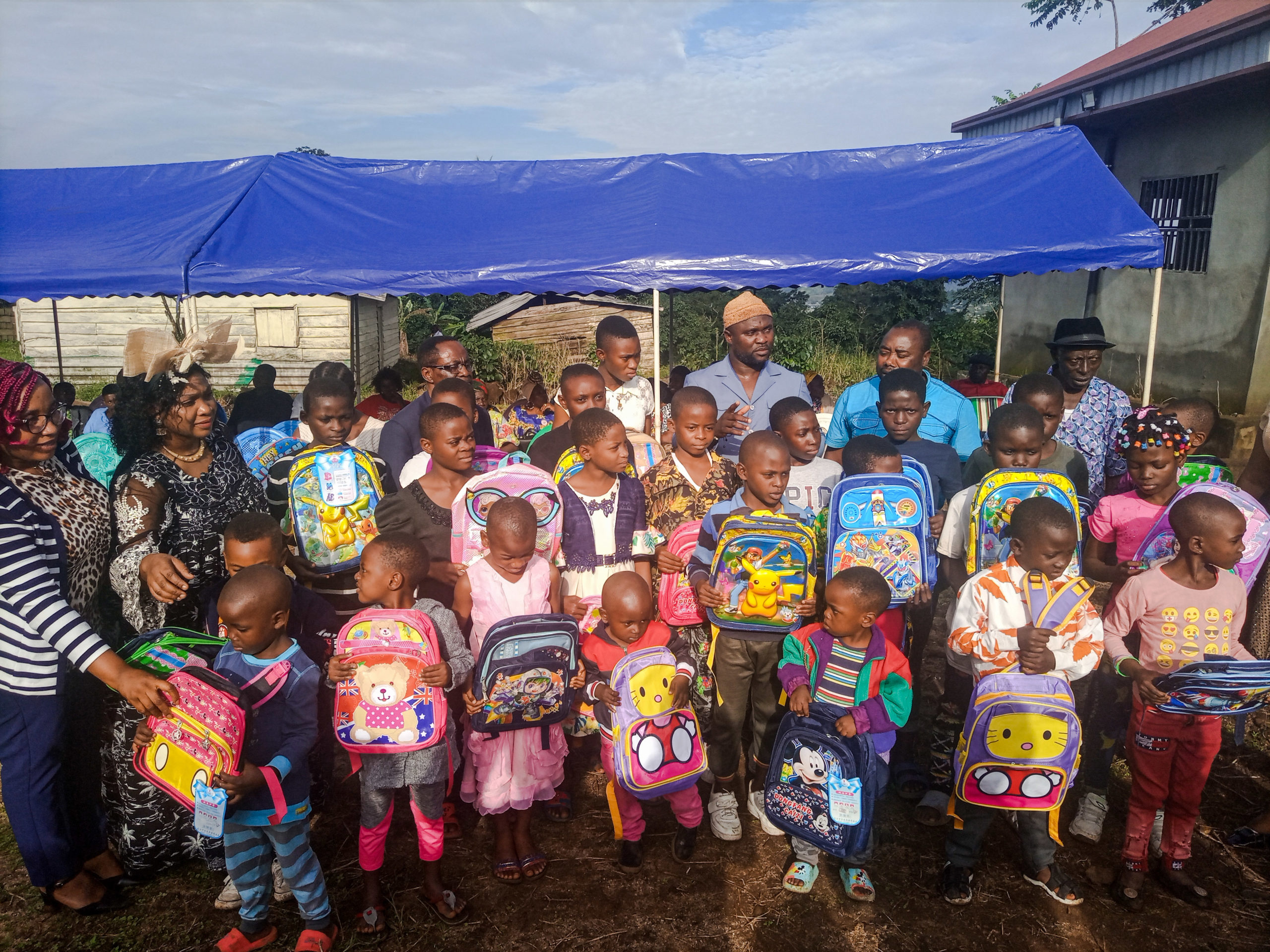 A representative of the recipients, a primary school pupil, Eyole Hans, appreciated Chief Luma for what he referred to as “a fatherly gesture”, aimed at encouraging and promoting the education and empowerment of the young in Bonjava.

An elite of Bonjava who spoke on behalf of the Village’s elite class appreciated the gesture, stating that the project that was started by their late Chief to build back their community, and have its indigenes come back and resettle, is going on perfectly well, thanks to Chief Luma’s resolve to empower the young and have its people come back to resettle in their ancestral land.

Last year, Chief Luma encouraged his kinsmen and women to come back to the village, occupy and develop it. Stating that his community is peace-loving and accommodative, he encouraged non-natives to also come and be given a space to join the community and grow together with the locals.

Talking at the event, Chief Luma stated that, “Children are the world of tomorrow and in order for that world to be a better place, the people in it have to be well educated. I believe that we do not want our children to end up as forgers, drug addicts, robbers and all the rest. We want our children to be exemplary figures in the society”.

Chief Luma beseeched the recipients of the back-to-school assistance to be prayerful, hardworking and disciplined.

“Let us all promote education and put an end to a backward society filled with drug addicts, unwanted pregnancies, child molestation, and barbaric acts against children,” he said.

On the donated items, he told the recipients that “no matter how the package is, big or small, as long as it is for back-to-school, it will make a difference”.