HRM Nfon Mukete IV Ekoko, the paramount ruler of the Bafaws has in the last few days, visited several orphanages in Southwest’s business capital, Kumba to help the children and their institutions be better prepared for school resumption as they mark their last days of the holidays.

The 2022/2023 back-to-school initiative saw the Bafaws’ paramount ruler and his entourage visit some orphanages in Kumba, where they donated “Back-to-School” materials to the Children.

The Palace also donated didactic materials to other orphanages in Kumba on Tuesday, August 30. This brought the total number of orphanages visited by the palace to about 10 in Kumba that benefited from this year’s donation in addition to other underprivileged Children in Kumba. In all, the Nfon and his palace entourage visited over 10 orphanages where they communed with kids, and played and prayed with them. The Nfon also advised the kids to take their education seriously as it holds the key to their success in life. He urged them to use the donated school items judiciously in pursuit of their academic and life dreams. 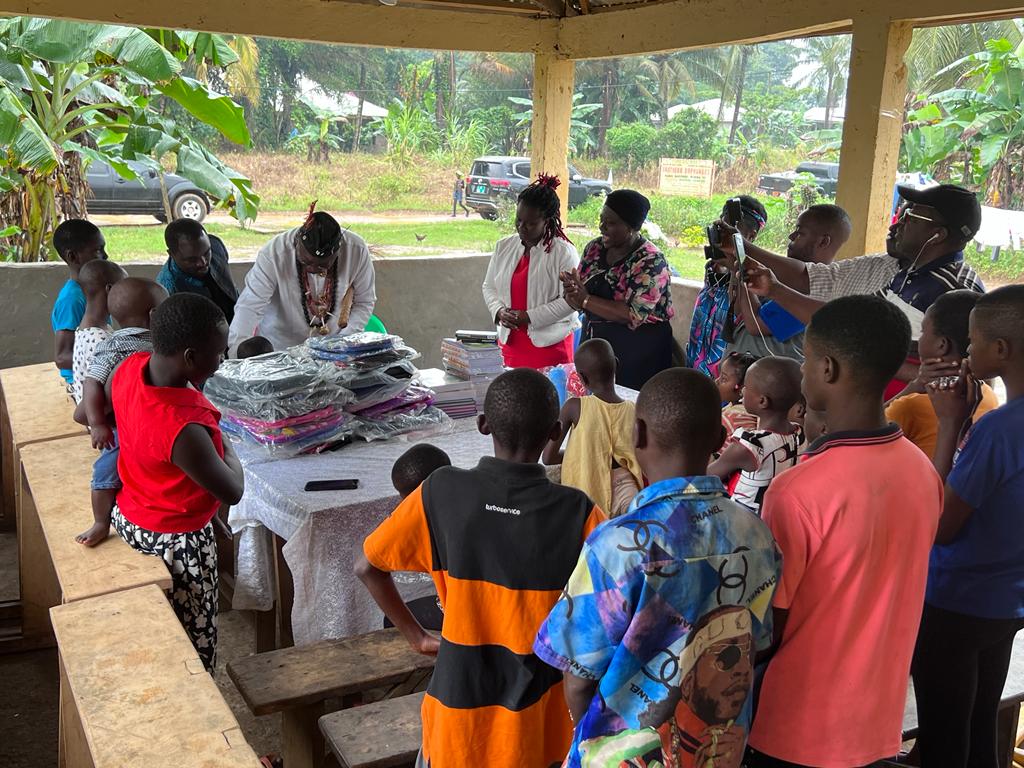 The head of the various orphanages visited by the Nfon appreciated the visit and back-to-school goodwill donations. They thanked him for thinking and doing something about their needs. One of the leaders of the visited orphanages, Pastor Sone of Hope Centre Orphanage expressed gratitude on behalf of his children. He said the donated school items from the Nfon and royal family will make the kids resume school with much ease.

This year’s gesture follows that of last year, where the Nfon supported over a thousand kids with gifts as they prepared for the school year.

To keep youths gainfully busy and deter them from social misdeeds, the Nfon also organised a football tournament that was aimed at promoting peace and unity in Kumba. It brought together thousands of youths who communed and competed for the football trophy and prize money. The football tournament was won by Bolo FC. Bolo FC trashed Mabanda FC of Kumba III to emerge champions.

Reach Out Unveils Peace House To Cater For...